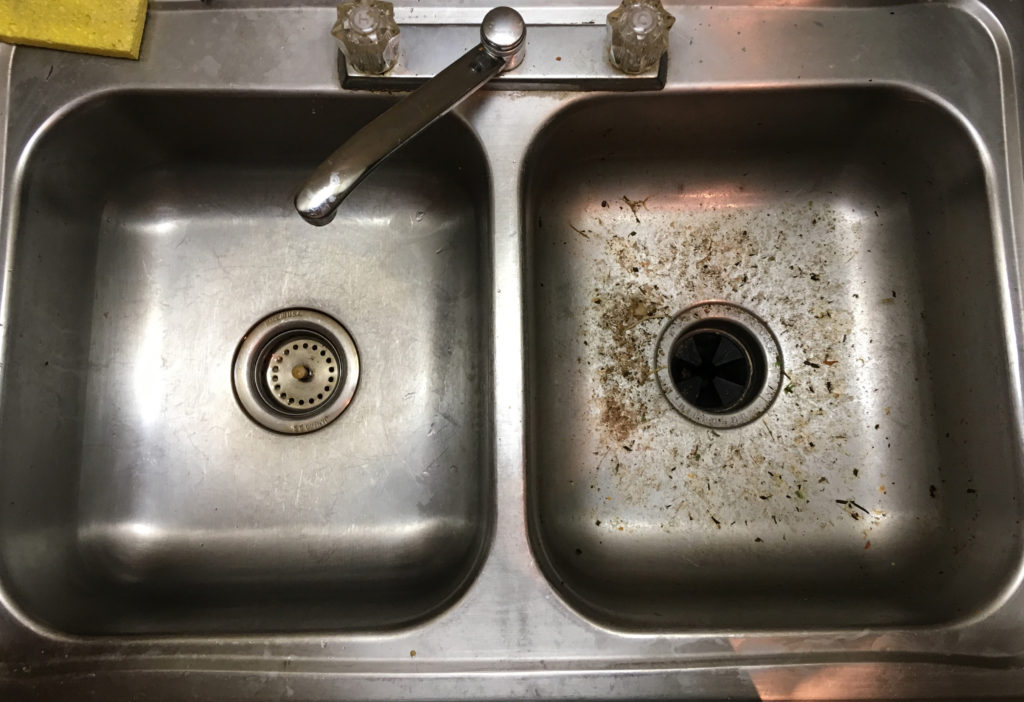 It is not my habit to write you a formal letter every time something in our apartment breaks down, but this time I have no other choice. This time, there is something truly sinister going on in our kitchen.

As you may well know, our kitchen has two sinks; one normal sink that we use on a daily basis, and the garbage disposal right next to it that my husband and I privately refer to as The Eye of Sauron: an unblinking black hole into nothingness that is somehow connected to an electricity switch on the wall. When turned on, the Eye of Sauron makes a hair-raising gurgling sound unlike anything I’ve ever heard in my life – the slit windpipes of a classroom full of young children comes to mind, but that at least has an innocent ring to it. This, I am sorry to inform you, does not.

Needless to say, we rarely use the Eye of Sauron. It just sits there, like an open portal to hell, waiting to suck in and devour whatever tumbles down its endless void. We’ve only used it once in an emergency a few years back, when my husband saw a cockroach attempting to crawl out of it. Cockroaches are known for their survival skills. Theoretically, they can withstand even a nuclear holocaust, but not – as we have experienced – the evil in our kitchen. As soon as I flipped the switch, the Eye of Sauron started gnawing away at the poor creature until there was nothing left but a small splatter of a crème brûlée-like substance. We put a lid on it ever since.

About a week ago, we discovered that the Eye of Sauron has taken possession of our dishwasher. Whenever I turn it on, the dirty water from the dishwasher doesn’t simply disappear into the sewer system like it’s supposed to, but instead rises up via the unfathomable depths of the Eye and fills up the sink, soiling it to the rim with grime while leaving a sulfurous odor that spreads throughout the apartment.

Although it remains a mystery to me how a bottomless hole could ever get clogged, I risked my own life trying to clear it with a plunger. Unfortunately, that weapon proved hopelessly inadequate against such a formidable opponent. I halted my efforts as soon as the Eye of Sauron started making angry noises. I don’t want to provoke it.

Could you please send somebody over to take care of this?