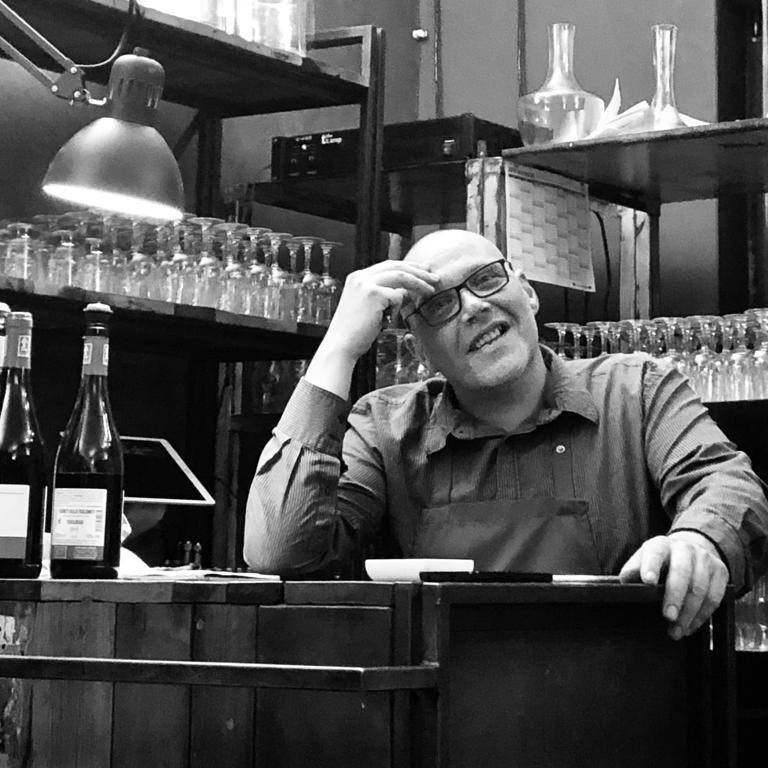 I was always afraid of this happening, and it has. You moved to Brussels. You killed yourself there two years ago. I didn’t know.

I have thought of you every time I made gnocchi. Every time I ferment cabbage, I think of you. Every time I drink vodka, too. We broke up ten years ago – is that what one calls a friendship ending when one does not want it to? You were good to me but bad for you, and I could no longer stand to watch you throw yourself off of everything you so laboriously built.

You said you didn’t photograph well and you were right. The picture I encountered on your Facebook remembrance page today is the best one I have ever seen of you. I will share it here, for everyone to see that great inviting face.

You kicked a heroine habit and survived a very lethal form of cancer, moved from Trieste to Moscow as a graphic designer. You found a home in Amsterdam and became a chef and partner in a fine restaurant, surrounded yourself with good people. You managed to survive all that life threw at you, but could not overcome yourself.

We met when we still had great expectations, we lost touch when you began to spiral down. I remember that it felt like you were removing yourself from my life, erasing yourself – as though you were ashamed of something. For some time I kept track of where you worked, whom you were seeing.

When I last visited you, you were living on a friend’s sailboat, moored in a tiny overgrown harbor in the north. So far from the waves of the Adriatic you used to sail as a young man, that had somehow given your eyes their arresting shade of blue. You smiled like you always did when you saw me, but wouldn’t let me in. You made us coffee in your tiny blackened moka, and smoked as we sat and talked on the rear deck. Your big frame hardly fit the harbor, let alone the boat.

I wanted to help you, but also felt the urge to leave. I was ashamed of that. Still am.

You repaid every cent you owed me that day, and my relief was short lived. It was like you were saying goodbye. But even there, smoking and drinking coffee in the rubble of your life, you could make me laugh – so hard.

Ever since you found out that loo means toilet, I was Mister Vandertoilet to you. And so you, Andrea Sossi, became my Mister Sausage.

I lost you all those years ago and lost you again today, but love you still.