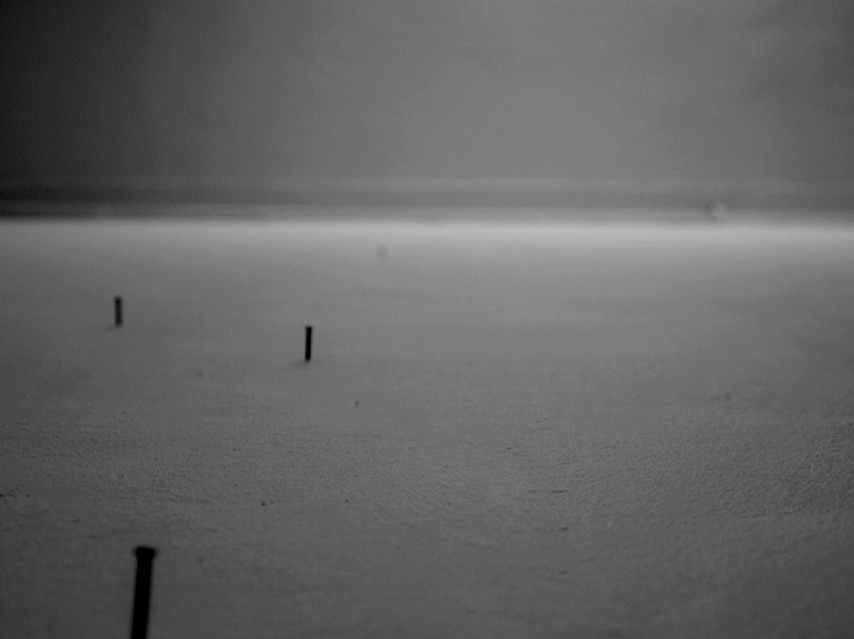 When we moved out here it was just me, Marie, and the ice-floes. The rest a whiteness so dense, you wouldn’t know which way was up or down if you fell on your ass. I remember running – screaming – out into the nothingness of it, windmilling my arms as though I was already falling.

And then it snowed and there really was no direction to things, except that the snow probably wouldn’t go up. It was like static on the radio: wherever you turned the dial, there would be this white noise hovering before your eyes and you’d just be lost. And then the snow would let up and you’d find you were only a couple of yards from your own front door.

And there Marie would be, standing in the doorway like a pear shaped cherry on a whipped-cream cake, waving at you like you were an idiot. Next thing, you’d be inside, holding your palms up to the stove and shaking all over with the delicious pain of feeling returning to your fingers. And you’d be damn sure which way was up, because that’s where the ends of Marie’s smile were pointing.

She’d make hot cocoa, which I’ve always hated. I drank the gunk down because it seemed fitting, including the skin on top. And I considered that loving her came easy up here; that love comes easy when no one’s watching. How I envied the blind then, forever stuck in this kids’ game of becoming invisible by closing your eyes. I decided that the whiteness was a kind of innocence found, if only because there were no trees or lamp posts to hang a camera from.